In collaboration with millions of farmers in India, Navdanya is helping preserve thousands of varieties of native seeds that represent mankind’s food heritage.

Who is Vandana Shiva?

Vandana Shiva is a world renowned thought leader and activist advocating for the conservation of native seeds and traditional ecological farming practices.  She gives lectures around the world about the dangers of losing seed sovereignty and the effect of industrial farming on the health of consumers, farmers and rural communities. Known as the nemesis of companies like Monsanto and Syngenta, she has won legal battles preventing  these biotech companies from patenting seeds and introducing GMO’s to India. To many people, she is a true hero defending traditional knowledge and ensuring the access to seeds that can be freely reproduced and shared.

One organization with three branches

Navdanya is organized in three sister organizations that operate with independent teams and funding sources.  Navdanya Foundation, Earth University and Navdanya Store.  Each plays a different role in the bigger picture of biodiversity conservation and ecological farming practices.

The foundation is the platform in which Vandana Shiva gives her talks around the world, follows lawsuits against biotech companies, publishes books and funds research projects. You could say that this is the think tank behind the organization.  It is funded mainly by Vanada’s talking fees. The foundation is also the heart of advocacy and activism efforts.  They are currently working against biopiracy. A practice where biotech companies introduce a genetical change into a seed and then patents the seed as their own invention. Some of Vandana’s arguments against this practice is that you can’t patent life, that the seed itself already existed. Furthermore she explains that privatizing seeds forces farmers to buy new seeds each growing season, preventing the free reproduction and sharing of seeds that farmers have practiced for millenia. Biopiracy doesn’t recognize the food heritage that thousands of years of breeding produced the seed that was modified in the first place.

Seven hours north of New Delhi, close to Dehradun, you can find a 50+ acre farm.  As you enter the campus you see an orchard with almost 20 varieties of mango.  Nested in herb gardens and surrounded by flowers there are red brick buildings that serve as offices, residences, lecture halls, library, dining hall and open classrooms.  Farther away into the farm there is a soil lab, seed bank, food processing areas, sun dryers and small warehouses.

The farm is a living collection of 740 varieties of rice, 240 of wheat, 27 of barley, 150+ of vegetables and the unbelievable diverse list continues. The seed bank is a true biodiversity treasure using both traditional and modern methods to preserve the seeds. It is runned by Sheela, a hardworking beautiful woman with dark skin, deep eyes and a contagious smile.

During my stay at Navdanya I noticed that the people working at Navdanya where surprisingly self reliant, self directed and seem to have an unusual sense of ownership and care for their work. Everyone had a clear role and responsibility and fulfilled it without the need of a manager telling them what to do and only paused for twice a day to have a sweet and spicy chai.

The farm is organic, with a strong focus on traditional practices like plowing the fields with oxen instead of machinery, flooding the paddy fields to grow rice, managing pests using extracts from their own gardens and planting crops in beneficial association like the “three sisters” maize, beans and squash. Walking with the different in house farmers was an exercise of discovering complex natural relations and diversity that only the knowledgeable eye could tell. It is a testament to the wisdom of traditional practices developed over generations to work with nature rather than against it.

For interns, the mornings were spent doing community work or shramdam, followed by farm work like harvesting, sowing seeds or drying herbs. In the spirit of self directed learning, the afternoons are devoted to sessions that cover subjects and teachers that the interns choose based on their interest, for example farm walks, medicinal plants workshops, soil lab 101 or hindi.

I had the privilege to see three different women’s groups come for three days to learn agroecology, talk about their own experiences, share seeds, address the challenges they faced and being celebrated for the knowledge and experience that they already have without being fully aware. In India, the role of women is extremedly undermined and you could tell by the dominant role of the few men that accompanied these women. To see them being empowered by other powerful and accomplished women was very inspiring and a reminder that we have a long way to guarantee equality of opportunities to all.

Navdanya developed a third branch of operations which is a non profit distribution center, a retail store and a restaurant. It is connected to 2.8 million farmers network across India and sells some of their products at a fair price. To ensure the ecological standard of the products, there is a network of a 160 coordinators that visit farmers’ villages on a monthly basis.  The coordinators visit the farms, spread the seeds, solve agricultural challenges and teach best practices to the farmers network. If a farmer is experiencing a crisis, he or she can call for an emergency visit and a senior coordinator can step in to help. The farmers cover the cost of the visits. In this way Navdanya runs a guarantee system that is different from the traditional organic certification programs that tend to have a more policing approach, demand a lot of paperwork from the farmers and typically limit to report back the problems found, instead of actively accompanying the farmer to better their practices.

New Delhi is the main distribution center and the biggest market for the network.  From there, produce is also distributed to smaller distribution centers in other cities.  The demand for agroecological products seems to be growing in India, yet it still represents a relatively small niche market.

The importance to conserve native seeds that farmers can  reproduce, improve,  save for the next season and freely share with others seems of vital importance. It honors a treasure that humanity has inherited from thousands of years of agricultural selection breeding and care. Yet humanity is losing seed varieties that took thousands of years to develop because they don’t fit our current economic models of commercial crops and standardization.

In a world facing climate change and extreme weather events, keeping a wide biodiversity of food crops is a matter of survival.  It is food biodiversity that offers us a chance to adapt to changing climatic conditions. It is food diversity that will allow humans to have a healthy and nutritious diet.

Nangu believes that technology has an important role to play in reshaping our food systems for the better as long as it is used to improve ecological practices not replace them with industrial ones, protect biodiversity instead of patent it, support farmers instead of replacing them and promote values of sustainability and wellbeing instead of centralizing profit.

Navdanya has been able to reach and influence millions of farmers in a distributed way.  Farmers retain their autonomy and simultaneously have access to a support network.  Instead of policing farmers with certification protocols Navdanya’s coordinators are accompanying them to improve their agroecological practices. When discussing the use of a blockchain based tracking platform I was surprised to hear that this approach would be against their values, which prefers to trust that the farmers are taking to heart Navdanya’s noble cause. Such a tracking technologies would undermine that. In their view, the relationship between farmers and coordinators is strong enough to guarantee the legitimacy of the produce. It makes me wonder how to reconcile the importance of following core values and self regulation with the use of transparency tools that give supporting customers the trust that the products they buy are legit. Ultimately, living the core values is the greatest of guarantees. Nonetheless, organic farmers also face many temptations to cut corners to either deal with a situation out of their control or to make an extra profit by mixing conventional products with organic ones. The answer to keep ecological standards and trust intact must be somewhere in the middle.

Navdanya has created a network of millions of farmers preserving hundreds if not thousands of varieties of seeds. Established an educational program in the villages and the Earth University, based on traditional practices, self direction and learning by doing. They built a bridge between production and supporting consumers in the cities,publish books and educational material and defend seeds against biopiracy and extinction. To see a relatively small group of committed people orchestrate a global movement, with millions of active farmers and influence policy making in India and abroad is a testament to the power of commitment and belief in a noble cause. 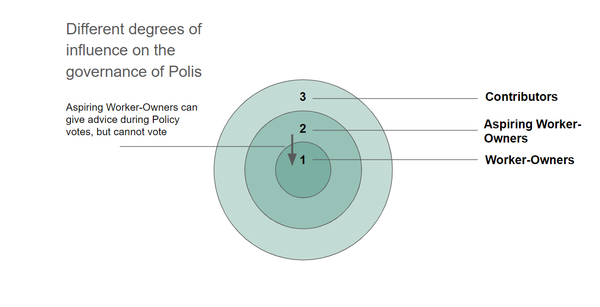 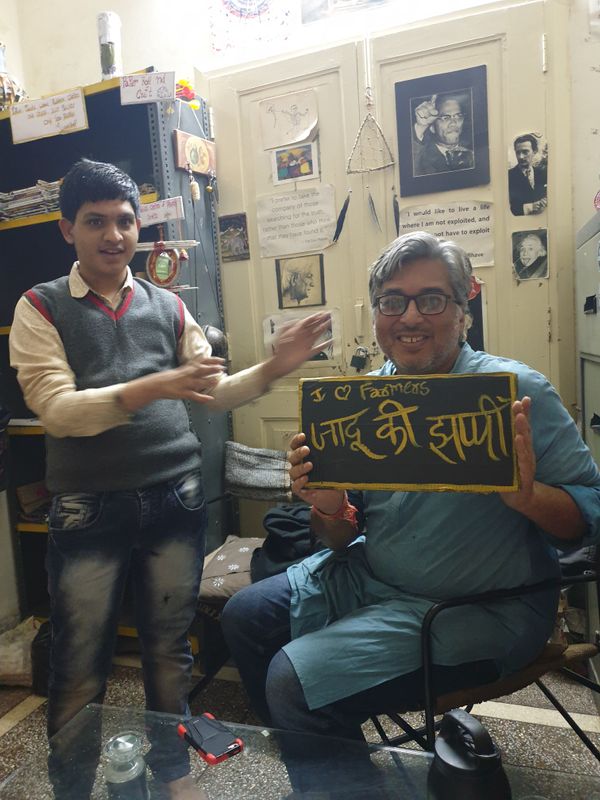 Lessons from an inspiring Indian activist and community leader who believes in self directed education at the service of community and nature.