In order to privately learn from user data, you need to: 1) have a distributed setting so user data can stay on their devices, 2) neither disclose data nor model updates during the training process, and 3) make sure that no private information of the users in the dataset can be extracted from the final model. This post is a case study where we efficiently train an image recognition model using secure multi party computation to achieve point 2.

Most efforts to privately train machine-learning models either use homomorphic encryption or secure multi-party computation (MPC). Recent insights indicate that the latter has the most potential. Here we will describe the implementation of Convolutional Neural Networks (CNNs) using the MPC protocol know as SPDZ. This post is heavily inspired by earlier work that describes how CNNs can be privately fine-tuned after first training on a public dataset. As this post builds upon concepts in that previous post, it might be wise to take a look at that first. The focus of this post is slightly different: What if we want to train a CNN from scratch without transfer learning? This requires some complex private operations with substantial consequences for the CPU time and communication complexity (the number of bits send between the participants). We won't dive deep into the proposed setting and security guarantees, as they are already extensively described in Morten Dahls post mentioned above. Furthermore, some notable papers on the topic are SecureML and DeepSecure. Here, the focus will be on the needed operations and how to reduce the communication complexity.

Many thanks to Christian Schaffner and @mortendahl for guidance, feedback and discussion on the topic, and to @iamtrask and the OpenMined community, where a slightly different version of this blog was initially posted in June, 2018. TL;DR: An extension of the original code is available here if you want to get your hands dirty, or skip the technical stuff and find out what this all means.

To enable private machine learning, computations can be distributed over multiple machines using MPC. Many forms of MPC exist, based on different mechanisms. Some of them use binary circuit evaluation, which is nice as it is Turing complete, meaning that it can perform all computations a normal computer could do. However, machine learning uses many computations on floating points, making it very costly to express them as binary operations. SPDZ is an example of an MPC approach that uses secret-sharing to mask the values used in the computations. This allows for arithmetic circuit evaluation, which is greatly more efficient for training neural nets. However, arithmetic circuits aren’t well suited for all necessary computations: additions and multiplications are perfectly fine, exponents and nonlinear functions are very expensive.

For the dot products, specialized triples are created, ensuring that every value used in a dot product is only masked once. Masking values once is an important concept that will be reused throughout this post. Besides dot products, an activation function is introduced by approximating the sigmoid function using a polynomial, which also exclusively uses multiplications and additions.

With dense layers and sigmoid functions you can build a multilayer perceptron, but CNNs also require convolutional layers. Typically, a convolutional layer is combined with an activation function and max pooling. For deep convnet architectures, the sigmoid activation function is not the most favorable option, as the vanishing gradient problem may arise. One of the most widely used alternatives to prevent this is the ReLU function. Both the ReLU and max pooling are nonlinear operations, which are expensive to compute in MPC. Therefore, the ReLU is approximated using a polynomial and the max pooling is replaced by average pooling. The following sections describe how these operations are implemented, and how their communication complexity can be reduced.

When implemented naively, all outputs are masked and broadcast to the other party during the successive dot product with the weights, resulting in large communication overhead. But we can optimize this fairly simple: We create a specialized triple for the convolution for which holds: \(im2col(A) \cdot B = C\). Therefore, only a masked version of both the inputs (masked with \(A\)) and the weights (masked with \(B\)) are communicated, without any duplicates.

where \(X\) is the original input of the layer and \(\delta\_{l+1}\) is the backpropagated error of the next layer. As here the im2col operations is used again, we can similarly create a specialized triple for this operation, eliminating duplicates.

followed by the col2im operation, which transforms the resulting patches back to an image.

The formulas given here are a bit simplified, as we see in the pseudocode, in practice the matrices are reshaped and transposed to enable the correct computations. Check out the code for the actual implementation.

In contrast to max pooling, average pooling can be trivially implemented using SPDZ. In the forward phase, patches are extracted and their values are averaged: summed and divided by a public constant. In the backward phase we use the col2im operation followed by the same public division to create the appropriate back-propagated error. This col2im operation on itself does not include any communication, but it does introduce copies in the backpropagated error, resulting in communication overhead in the rest of the backward phase.

Similarly to sigmoid functions, the ReLU function can be approximated by a polynomial:

where the regular ReLU simply sets all negative values to zero, a rather cheap operation, a polynomial requires computation of several powers of \(x\) up to the degree of the polynomial, and a dot product with the public coefficients of the approximation. When we normalize the inputs between [-1, 1] and initialize the weights with zero mean and small standard deviation (\(<<1\)) we can get away with approximating the ReLU on the [-1,1] interval. Choosing a larger interval might be a necessary for other applications, especially when inputs aren’t normalized.

Using private tensors, the usually cheap ReLU operation becomes expensive in terms of communication. Therefore, we replace the regular ReLU with a low degree approximation, degree = 3, which already reaches 83% accuracy with a single layer convolutional architecture after training one epoch. When using a regular ReLU this is 86%, and the difference appears to get smaller when training longer.

As we saw with ReLU activations, using a private variable for different operations may also introduce opportunities to reduce communication. This is occurring across many places in the network. When a variable \(A\) is used in two operations with \(B\) and \(C\) to create \(D\) and \(E\), we can create triples such that:

How much did we gain from our optimization? To gain insight we compare the number of values communicated per participant in one iteration for a batch size of 128 images from MNIST of a simple two layer convnet with the optimized version. The baseline does use specialized triples for dot products, but none of the other specialized triples and it does not reuse any triples.

We see that this approach **reduces communication of the total network by about a factor 6**. For some layers, the reduction is much larger, depending on the size of the input, output and weights (and a few other hyperparameters). Especially for the second convolutional layer, which is also easily the most expensive layer in terms of communication, where the reduction is 16x (!). Note that this layer uses many of the various optimization tricks: 1) For both the forward and the backward phase, we use specialized triples; 2) For the backward phase we can reuse the backpropagated error, as it is used in two operations; and we can reuse the layer inputs and the weights, as they are already used in the forward phase; 3) We use combined specialized triples with the average-pooling layer, and therefore we do not communicate the duplicates in the backpropagated error of the average-pooling layer.

Communicated # of 128 bit values per iteration in the double convlayer architecture.

When executing the code, it might strike you that this implementation is very slow. Since 128-bit integers are used to represent floating points, we make use of the numpy object dtype, which results in a slowdown of roughly a factor 100 compared to numpy float operations. But there are solutions that largely reduce this overhead. Moreover, SPDZ introduces extra operations for multiplications and additions, and, as this is a simulation, both are carried out on the same machine, resulting in a combined overhead of about a factor 8.

This blog and the accompanying code is meant to explore the current challenges and limitations of machine learning using MPC. Moreover, the proposed optimizations might be adopted by real frameworks implementing ML on MPC. There already exist real implementations here and here, which distribute the work over multiple machines, but there is still a lot of work to be done to be able to use these implementations as a framework for private machine learning.

The field of private machine learning is developing rapidly. Spreading new ideas and making them accessible is key for rapid adoption by the machine learning community. We hope that this blog post is a small step in the right direction. 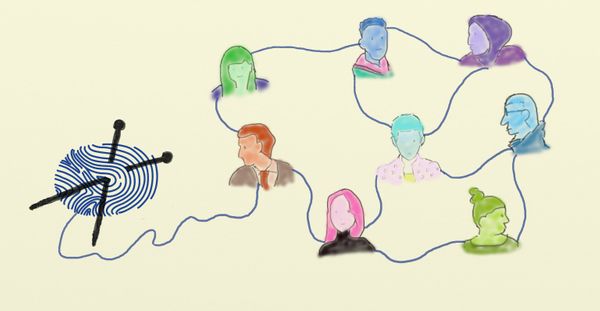 Democratic decision making requires that each person is assigned the same voting power. Such a system is vulnerable to people impersonating multiple voters. We are developing a decentralized system to guarantee the singularity of voters, while ensuring the privacy of their personal information. 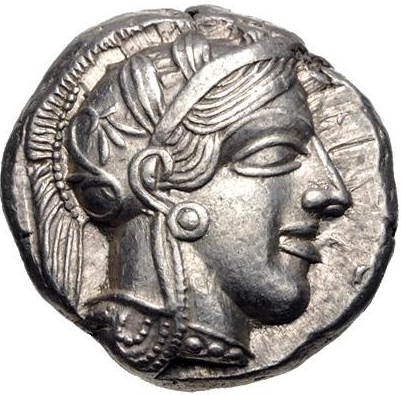 We present relationships and insights for the key economic model inputs UBI, Demurrage and Price.

Polis
—
Image recognition without disclosing your data
Share this