The following provides a description of the transitive transaction algorithm Polis uses in our network-based economic modeling (supporting definitions are provided further down).

A Buyer agent (B) and a Seller agent (S) are two agents that exist on the same network. They do not have to be neighbors. B wants to buy something from S for a transaction amount (price) P.

Step 1: Find all paths through the network between B and S using the network's Adjacency Matrix as follows:

Step 2: Determine if there is enough liquidity on each path to support the deal

Step 3: If a liquid path is found, record the transaction (writing appropriate transaction records in the ledgers of each agent along the path, including B and S) or record a transaction failure due to insufficient liquidity. 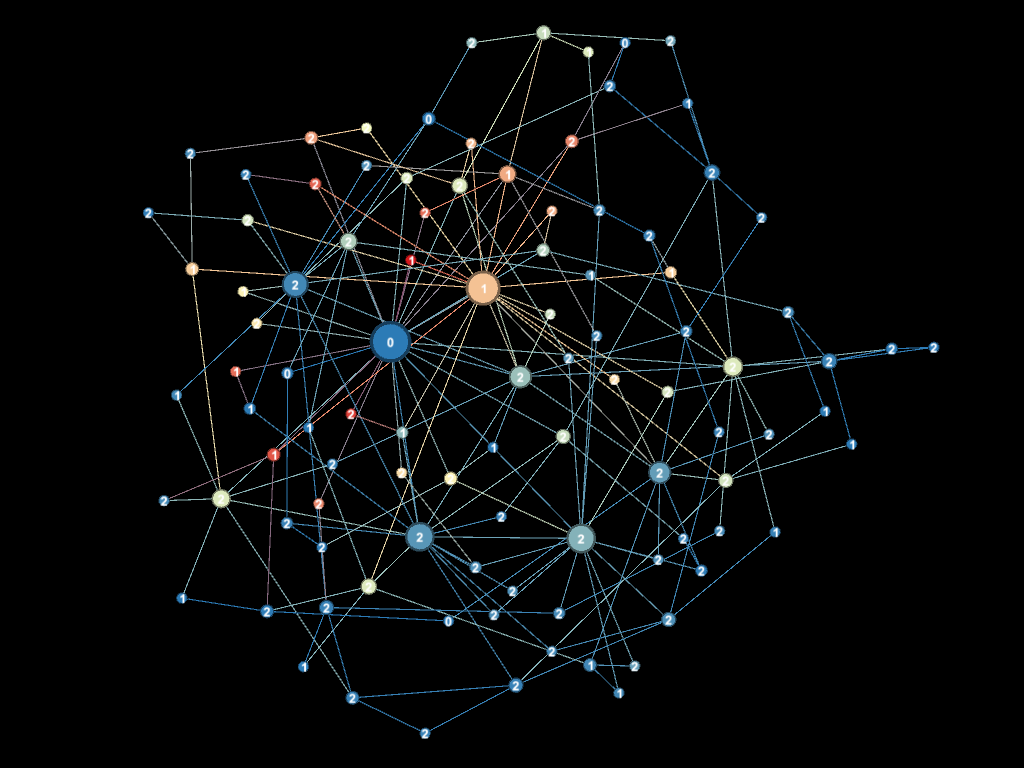