The "Liquidity" Situation is a playful term we have coined to describe the phenomena whereby, in a transitive-transaction model of commerce on a trusted network, commerce is blocked between individuals due to a lack of liquidity along all network paths lying between a buying and selling agent.

It's a problem if it happens often enough that commerce is stymied and participants lose interest and confidence in the marketplace because they cannot transact when and where they want to transact.

But we can look for the situations whereby it's an occasional nuisance and no more. If those situations are considered achievable, realistic and stable then we have solved the "liquidity" situation.

Note we are focusing on the "liquidity" situation because our initial modeling shows it is the dominant cause of transaction failure.

The purpose of this article is to present the results of our simulations using our initial economic model, based on transitive-transaction, and discuss which parameters have the biggest leverage on the "liquidity" situation and what settings are required to reduce or eliminate it. In the process we hope to introduce the dynamics of the model as a whole.

For a quick review, remember that a transitive-transaction is one whereby a buyer B and a seller S on a network want to transact. If they are not connected directly (they are untrusted) S will not accept B's coins, but through a chaining process along a path of mutually connected (trusted) intermediary agents a set of coins S does trust can be made available to S. When any one agent along the path does not have the right set of coins to pass through their leg of the chain the chain breaks for that path. If all possible paths between the B and S fail then the transaction fails entirely.

Generally speaking the agents that typically "cause" or are "responsible" for a liquidity transaction failure are the most successful ones. They tend to be the older agents on the network with the most connections whereby many transitive-transactions are naturally routed through them. This fact is driving the need to identify natural ways to keep the system liquid while maximizing the aims of all agents, especially the "sages" and "connectors".

The table below lists the global input parameters used in each simulation presented below. If you are unfamiliar with the specifics of our model we invite you to read about it here.

Simulation: One execution of the model is named an iteration. A simulation consists of the aggregated results from all iterations, 16 in our case here (because my computer has 8 cores and we can parallelize 8 iterations at a time).

Suffered Liquidity Failures (SLF): If a transaction fails due to a lack of liquidity on all paths between a Buyer and Seller we call that a "Suffered" Liquidity Failure ("suffered" by the Buyer).

No Seller Failure (NSF): If it's time for a Buyer to make a purchase and there exists no sellers on the network within the transaction-distance of the Buyer we call that a No Seller Failure.

To explore the effects of network density on network liquidity we employed our static network models M1-4 described here, each of which possess 100 agents.

In addition to the global model parameters presented above, this simulation sets the percentage of Sellers equal to 15%. In summary, in each model iteration there are 5 randomly chosen passive agents, 95 randomly chosen buyers and 14 randomly chosen sellers (who also buy, so buyer / sellers).

The results of the simulations are presented in the table below.

The main result is a network density on the order of 20% is sufficient to reach or pass our goal of 90% or better sales efficiency. Liquidity failures remain the dominant source of transaction failure at approximately 6% percent.

While we do not yet know what is an acceptable level of liquidity failure, and over what time frame, it is clear a network can be very far from complete and still achieve the goal of very few to no liquidity failures (a complete network has a density of 100%).

The following graphs plot transaction failure by agent and provide deeper insight into the model dynamics as a whole.

For a different perspective the following diagrams shows the network with the distribution of "caused" and "suffered" liquidity failures superimposed.

By contrast the following diagram shows the distribution of "suffered" liquidity failures.

For brevity we omit this last corresponding graph for the remaining models as they show the same constant behavior in time.

It's clear from the network plots that we see a continued loosening of liquidity constraints as we move from Model 1 to 4.

Using the global model parameters presented above, in this simulation we vary the percentage of sellers using the network Model 2 - 4% density. The results are given in the table below.

** Note Simulation B2 is the equivalent of A2 above

With Model 2 we need a very high percentage of sellers to achieve the target 90% for sales efficiency. Even with 100% Sellers (translating to 95 Buyer / Seller agents) the network still experiences significant Liquidity Failures.

We can glean two results from this simulation suite:

Future work will further delve into this space.

The final option analyzed in depth was to load the system with enough money such that liquidity situations disappear.

In other words, if everybody has enough savings compared to what they are spending then they can always support a transitive transaction.

In this simulation we chose 5% Sellers and Model 2 - 4% density and varied the Price versus UBI.

Here we see a Price / UBI of approximately 5% or lower is required to reach our sales efficiency target.

To put that in perspective, for this scenario, that means if the price of a basket of goods is 1 the corresponding UBI needs to be 20. This seems unattractive on its own.

The key results from this analysis are the following:

There are other avenues available to us as well that will be analyzed in future work. Our model is still primitive and will continue to modernize.

Advance The Economic Model: Advancing the buy / sell dynamics is a high priority next step for us and in doing so may well improve the liquidity situation. For example, fewer transactions per time period would lesson the burden transitive-transactions puts on the system. Also, introducing different products, at different prices, purchased at different periodicities may have the same effect (while introducing new, yet unanalyzed dynamics)

Find Another Seller: Currently Sellers are selected randomly from the pool of Sellers that lie within the Buyers transaction-distance. If the transaction fails for some reason the algorithm moves on, it does not try to find another Seller. Relaxing this constraint may have a positive effect on sales efficiency.

Different Network Characteristics: We have adopted a network generation model based on the preferential attachment model which assigns new attachments weighted to agents that are well connected (a "rich" get "richer" model seen in many social networks). A random network, for example, would exhibit a different network structure with few clusters and would therefore produce different commerce dynamics. We plan to study this over time.

Variable Transaction-Distance: The transaction-distance is currently fixed. We know that if the transaction-distance is proportional to the diameter of the underlying network it serves little additional purpose, but if it's less than the diameter it will lead to No Seller failures. In this situation, if we increase it, we can essentially make more sellers available to the overall market. If the variability was temporally, it could be important aid during system bootstrapping.

Developing rules for a variable transaction-distance based on transaction type could be influential as well.

Alter The Transitive-Transaction Algorithm: Currently we always select the first shortest liquid path found between a buyer and seller. We do not consider other, equal in length or longer paths. If, for example, we randomly selected from the pool of all liquid paths we suspect this will lesson the burden on highly connected agents currently carrying the brunt of the transitive coin transfers.

Injection Schemes: We have focused heavily on finding model settings whereby the liquidity situation takes care of itself without any form of external "intervention". We feel this remains the right direction, but especially during bootstrapping, it may be useful to develop an intervention strategy. We have no specific offerings at this moment. 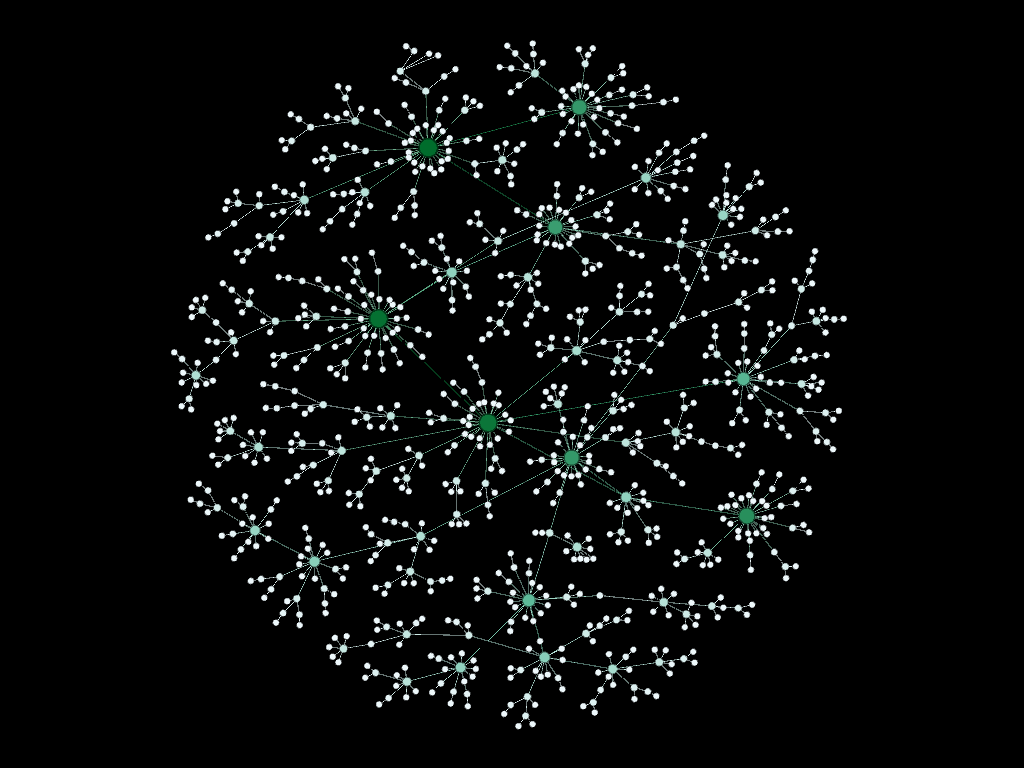 We compare and contrast our economic model using networks consisting of 100 and 1000 agents. 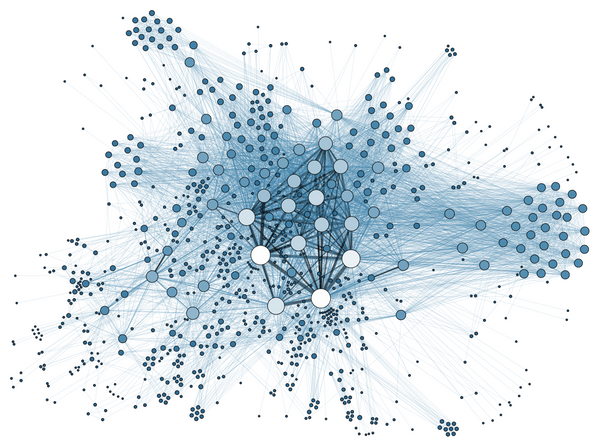 We present in detail the first version of our economic model and its application to simulate commerce on a trusted network.